BRUNSWICK, Maine -- 5/30/16 -- A combat veteran of both World War II and Korea, this Brunswick man agreed to be photographed but chose to remain anonymous to honor the 34 men in his unit who were killed during the Korean War.
The Memorial Day Parade and ceremonies in Brunswick and Topsham went off as planned following a few light showers in the early morning. Many of the other regional parades were cancelled due to expected bad weather. Photo by Roger S. Duncan for The Forecaster 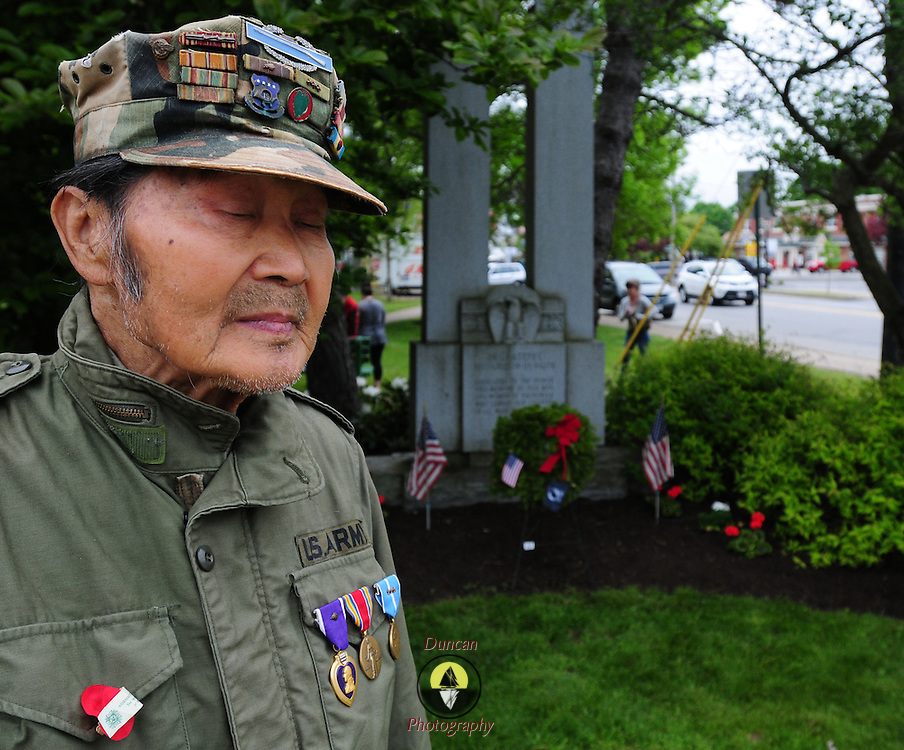