August 25, 2007 -- PHIPPSBURG, Maine. Jeff Miller of Charlestown NH, works on a piece of iron at the celebration of the 400th anniversary of the Popham Colony on Saturday. He is working from a Temporary Forge, made from wood, because he believes that smiths working at the Popham Colony would probably have worked from a small forge like this one, due to the size and newness of the colony. Miller is a full-time Blacksmith who works in iron in methods consistent with the 17th Century. While working, he answers questions and explains his tools, methods and materials to onlookers. Miller has worked with iron as a historically accurate blacksmith for over 30 years. .On Friday and Saturday The Society of the 17th Century, an organization of 17th and 18 Century re-enactors of which Miller is a member, provided a sense of what life might have been like in the Popham Colony -- which was founded in 1607 in present day Phippsburg. While the colony lasted less than a year, it was one of the first steps towards establishing permanent settlements of Europeans in North America. Photo by Roger S. Duncan. 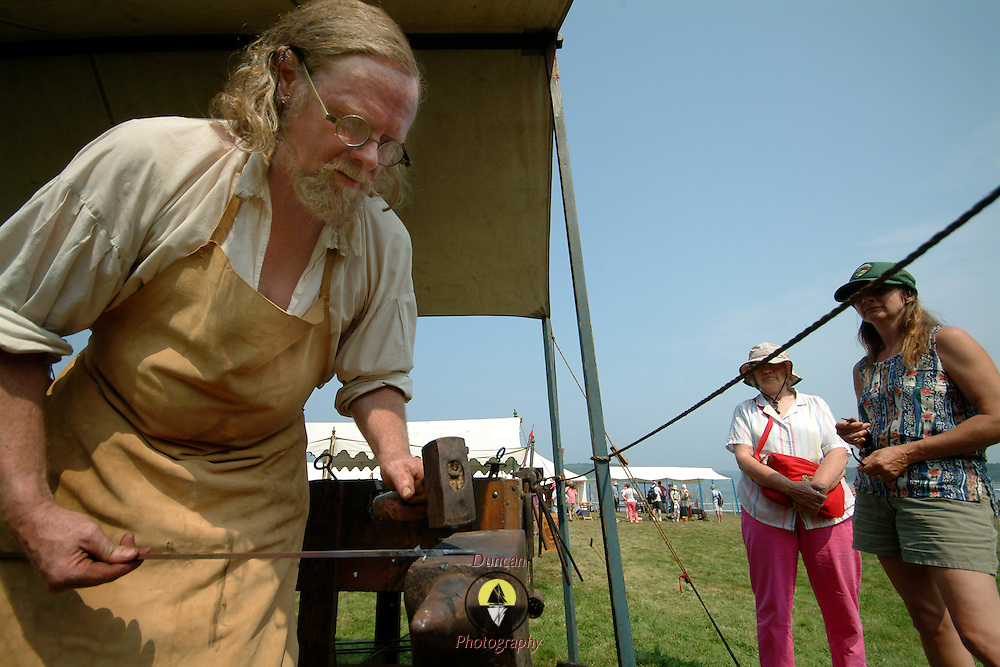