5/7/11 -- BATH, Maine. The U.S. Navy Destroyer Michael Murphy was Christened on Saturday at Bath Iron Works. The 509 foot ship, named for Lieutenant Michael Murphy, whose bravery under fire in Afghanistan in June, 2005 led to his posthumous receipt of the Medal of Honor, was Christened by his mother, Maureen Murphy, of New York. .The ceremony included speeches by Maine Governor Paul LePage, Chief of Naval Operations - Admiral Gary Roughead, Senator Olympia Snowe, Representatives Mike Michaud and Chellie Pingree as well as ship sponsor, Maureen and Dan Murphy, parents of Lieutenant Murphy. While the ship was not actually launched during the ceremony, it was rolled into the drydock and launched on Sunday morning at approximately 2:15 A.M in the Kennebec River. Photo by Roger S. Duncan. 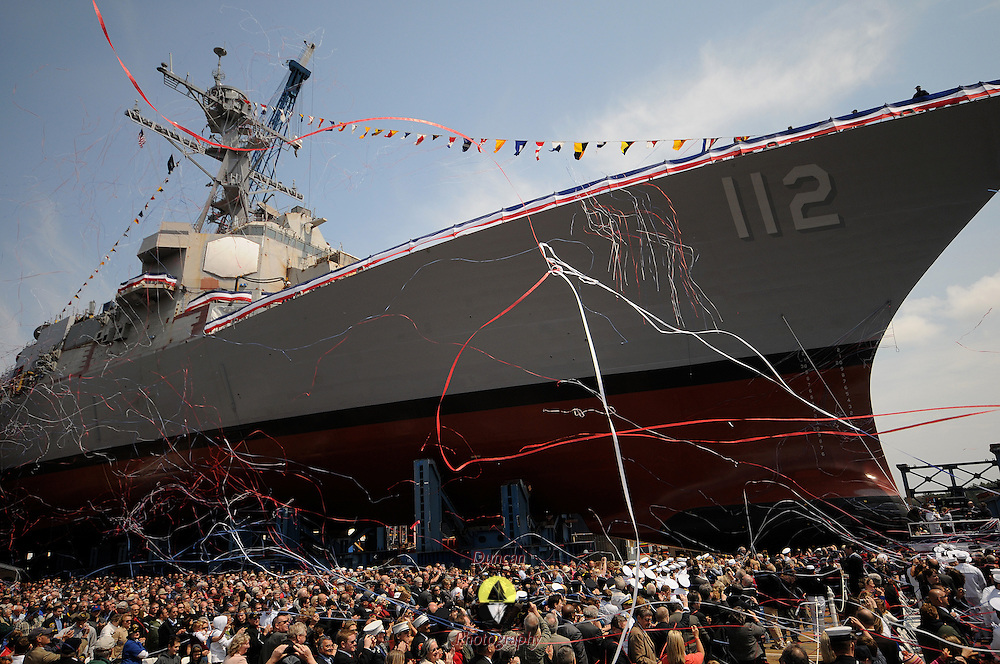